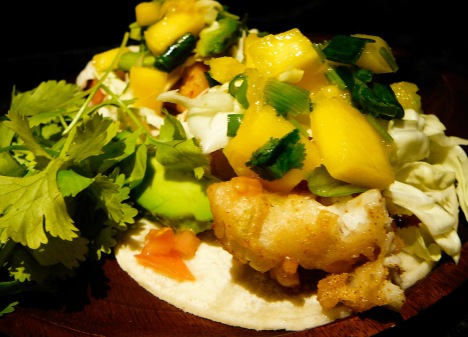 Beer-goggles are a time-honored utility that have justified more than a few plus-sized mistakes. I only wish I could say that I’ve never gone spelunking between rolls of flab.  Granted, that was long before the Cook To Bang method was a twinkle in my eye.  But too much booze to the brain makes what would have been as appealing as banging a beached whale rotting in the sun while sober seem like a swell idea when tanked.  We all make mistakes; I just prefer my mistakes not shop at the Big and Tall. That said, sometimes when you’re in a rut, you just need to bang something.  Anything. You need to rebuild your confidence the way a sports franchise has a “rebuilding season”.  Beer-goggles are terrific to put your head back into the game as long as it’s far from the eyes of your friends who will no doubt mock you for your homely transgression.  When the dirty deed had been done and did, you can fight the hangover and shame with some soul-inspiring beer-battered fish tacos.  Or you could just make them for that hottie you’re sweet on. 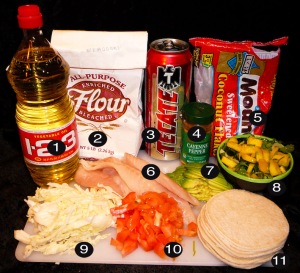 Step 2
Heat up the oil in a pot that is deep and narrow. Dip a sliver of fish into the batter and immediately toss in the oil.  Deep fry each piece until golden brown and transfer to a plate covered in paper towels to soak up the grease.  Season the fried fish with cayenne pepper. 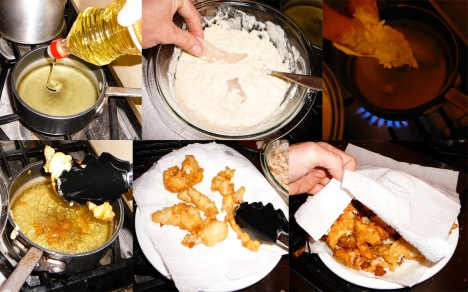 Step 3
Assemble the fish tacos by first placing the fish in the middle of the tortilla and then stuffing it with cabbage, tomato, avocado and mango salsa.

Serve these up with a side of GUAPO GRINGO GUACAMOLE if the deep-fried fish doesn’t have enough calories.