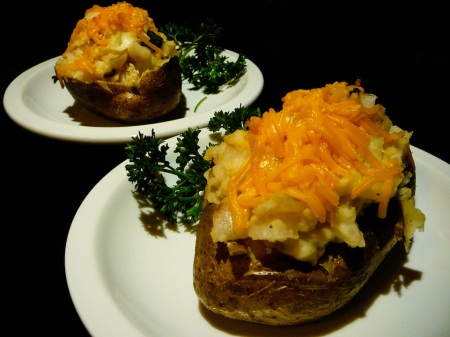 Because banging once is never enough!

Why bang once when you can bang twice or thrice and on and on?  The first banging session is a warm up, a mulligan if you will.  Sure it’s like the first ascent of a famed mountain peak, but sometimes you are too exhausted to really take in the view.  Now that you’re onto round two you can savor it.  You’ve been here before, so you are appreciating new aspects like the pubic foliage.  I hope that the arduous journey (cooking) was worth the destination (banging).  It would have to be if you are coming back for a sequel.  If Godfather II, Empire Strikes Back and Evil Dead 2 taught us anything, it’s that the second time can be sweeter than the first.  So warm that shit back up for late night spooning. 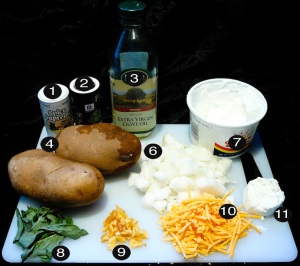 Step 1
Preheat the oven to 400 degrees F.  Drizzle the potatoes in olive oil and season with salt and pepper in a foil covered baking pan.  Bake them taters until they are soft enough to poke easily with a fork (approx 1 hr).  Remove from oven and let them cool down. 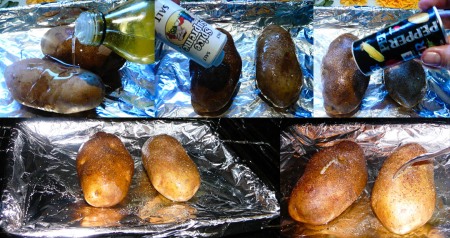 Step 3
Stuff the mashed potatoes back in their shells.  Throw a handful of cheddar cheese over each potato.  Bake until the cheese melts (approx 10 min), the same amount of time it will take your date’s clothing to melt right off.  Serve with your favorite ENTRÉE. 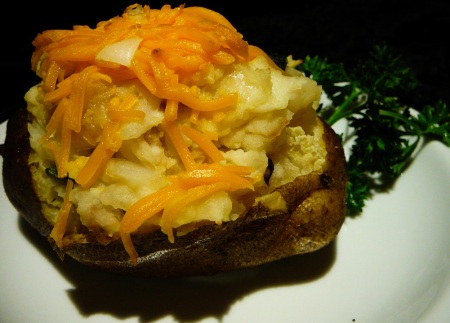