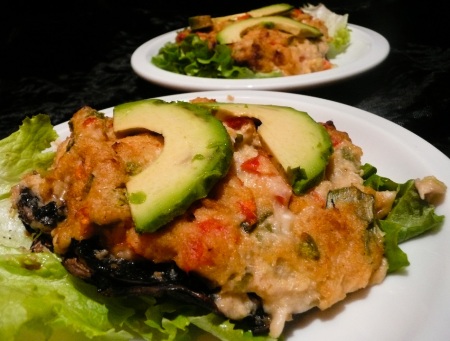 Some food has the power to transform a good day into a great day. We’ve all experienced a meal so freaking amazing that we talk about it years, sometimes decades later. Don’t get me started on this penne eggplant bowl I enjoyed on Italy’s Amalfi Coast. Let’s just say I had to smoke cigarette after…and I don’t even smoke! But there are certain dishes that are not only memorable, but cause clothes to melt away like the Wicked Witch of the West. Whore. The Portobello Bordello is one of those dishes. It is not only loaded with APHRODISIACS, but an edible orgasm of flavor, texture and attitude. Be warned: those with heart problems may not be able to handle this mushroom dish’s pure unadulterated awesomeness. The rest of you should not fear stuffing the mushroom. Odds are there will be some serious stuffing to follow. 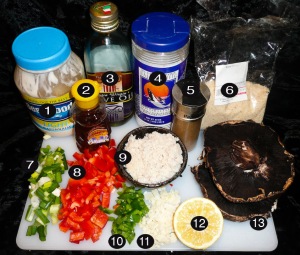 Step 2
Wash the Portobello mushrooms then scrape away the black gills with a spoon and cut out the stem. This will allow more room for stuffing. Pour olive oil over the mushroom tops, then flip them over and place them in a small baking pan. Pour in half the stuffing into each cap and spread out evenly.

Step 3
Preheat the oven to 375 degrees F. Throw in the baking pan full of stuffed mushrooms into the oven and bake until the stuffing browns (approx 35-40 minutes). Serve it up on top of a large leaf of lettuce. Garnish each cap with 2 avocado slices and serve it up knowing full well IT’S ON! 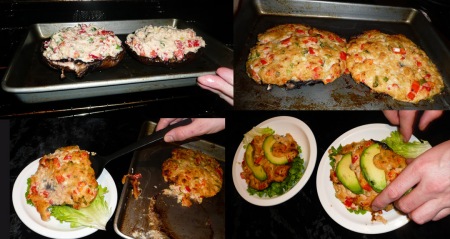 This entry was posted on Monday, February 15th, 2016 at 10:01 am and is filed under aphrodisiac, APHRODISIACS ANONYMOUS, IT’S ON!-TREES, RECIPES, seafood. You can follow any responses to this entry through the RSS 2.0 feed. You can leave a response, or trackback from your own site.