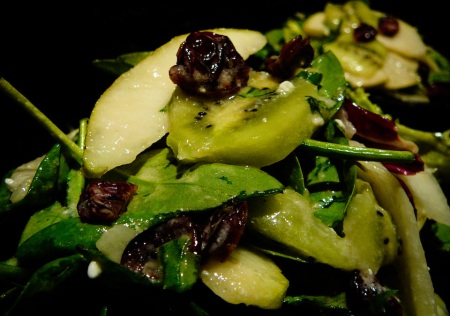 Get ready for a booty quake that will shake your whole neighborhood.  Be sure that you take precautionary measures while making this salad like wearing safety goggles, a fireproof apron and remain under a doorway.  You don’t want blunt objects falling from the cabinet.  Concussions really aren’t as sexy as celebrities make them out to be.  But still 9 out of 10 famous people agree that this salad gets them hot and bothered.  Their overpaid asses move, groove and behoove you to adore them.  Go with it.  Each bite is a fruity journey to the center of your pleasure dome.  Serve this salad only to those whose asses you are keen to see shake in the moonlight.  Otherwise your retinas may burn from an unspeakable spectacle. END_OF_DOCUMENT_TOKEN_TO_BE_REPLACED 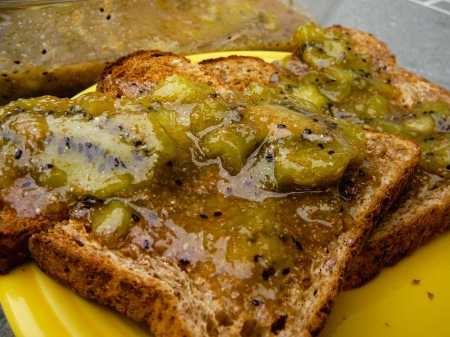 So I admit freely that my knowledge of New Zealand is limited to the Lord of the Rings, Flight of the Conchords, and a family friend who renounced his Kiwi citizenship.  None of this was going to help the fact that I brazenly invited a cute New Zealand girl I met randomly at a bowling alley bar over for dinner.  She believed me when drunkenly I claimed that New Zealand cuisine had inspired my culinary palette.  So the gauntlet was thrown down for me to WOW this hopefully kinky kiwi.  All my research has turned up was in detail reports about the oppression of the Mauri people, which didn’t strike me as light dinner conversation.  So I just bought a bag of kiwi fruit and winged it.  After great debate with myself, and with timing running out before she showed up, I decided to make a jam of sorts.  I served it with bread, Brie cheese and a New Zealand wine.  This winning combination led to a winning combination of positions in the bedroom, invented by the same people that brought us bungee jumping.  After that night I vowed never to never confuse Kiwi and Aussie girls again.  They hate that. END_OF_DOCUMENT_TOKEN_TO_BE_REPLACED

SEE ME PLEASE ME FEED ME KIWIS 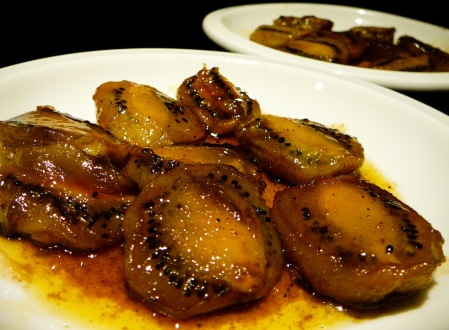 Ain't no peewees with these kiwis.

Much props to New Zealanders for being so lovable. Here’s looking at you Bret and Jemaine! Those kiwis are a treat to be around, especially in their home turf. I visited Queenstown, NZ a while back and was taken a back by the natural beauty of the place. The mountains and lakes and rivers and shit were nice too. Kiwi girls got that organically cute look going on fun and are always up for it, whatever ìitî may be. A drunken lout I met at a Sydney party told me right before I flew to New Zealand, ìWhen you tap a kiwi on the shoulder her panties fall down.î Thanks for the tip, Aussie Aussie, oi oi! He was right. And not only that, Kiwi girls, at least the one I met in Queenstown, did me one better. She dragged me out of the bar, banged me like her forefathers banged their sheep, and then fed me after. Bang to Cook. What she served me was reminiscent of this little ditty. Fresh kiwis served as a decadent dessert hit the spot before I was dragged back to bed for round 2 through 14. 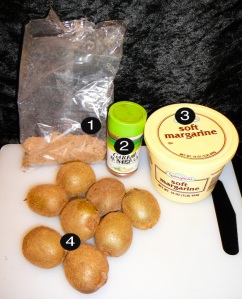 Step 1
Cut off the ends of the kiwi, slice down one side, and remove the peels. Cut the kiwis in half and you are ready to rumble.

Step 2
On low heat, melt the margarine, add the brown sugar and garam masala, and stir into a syrup. Add the slices of kiwi and sauté in the syrup until the kiwis soften and the color starts to fade (approx 20 min). Serve solo or over ice cream or another desert that needs some extra boom-shaka-laka. 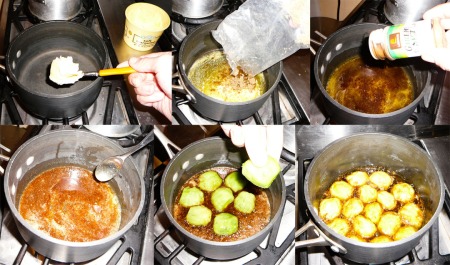