French your breakfast and your date will be Frenching you

Holy shit, it’s a leap year! That means paradox like the English and French getting along. Some say the English need to loosen up.  They walk around with their quiet desperation eager to break out of their shells and become the wild men and women that would make their ancestors gasp.  This tends to happen whenever limeys leave the UK and travel to exotic locales.  Ibiza…nuff said.  Perhaps a little French Laissez-faire is just the ticket.  So alas, I have employed a little French to make the sexiest English muffin you ever did eat.  It was pure accident and the girl I made it for wasn’t even English or French for that matter.  But with no bread in sight and my sweet tooth demanding tribute be paid, I made do.  I’m sure glad I didn’t have bread because I was down to French these English muffins all morning.  My date from the previous night was confused, thinking it a tad early in our affair for me to make proclamations of love.  I didn’t have the heart to tell her I was speaking to my breakfast.  But then she took a bite and the love fest continued well into the afternoon.

Step 1
Create the batter by whipping up the eggs, cinnamon, vanilla extract and milk.

Step 2
Split the English muffins in half and submerge them in the batter.  Heat up a pan or griddle on medium heat and grease it with the butter.  Throw the soaked English muffins on the pan all together and pour the excess batter over.  Cook each side until it browns and flip (approx 3 min per side).

Step 3
While you are Frenching the toast, create the extra awesome syrup.  Heat up the syrup in a small bowl, chop the banana into bite-sized pieces and toss them in with the raisins.  Cook until the syrup boils and the bananas brown slightly (approx 2 min).  Serve over your sexed up English muffins and hold on for dear life. 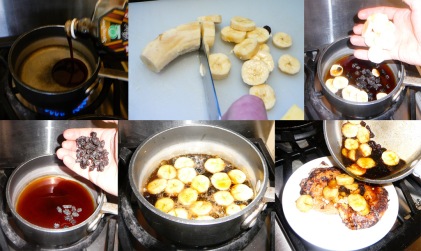 Serve this breakfast knowing full well that you could swim across the English channel, bridging that cultural gap. 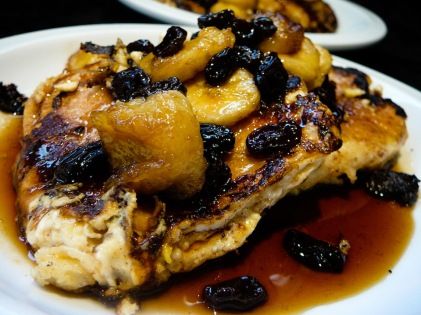 Let your date guess what they’re tasting. They will be surprised and aroused.

Shandy, you dandy randy non-brandy.  This is a classic British drink that runs the gamut of concoctions from the mundane: beer mixed with 7-Up to the insane: beer mixed lighter fluid and sharks blood.   Let’s just call this one a compromise that is Forest Gump stupid easy to make.  The garnishes make all the difference.  The mint, lime and lemons are like the tuxedo that covers up a pair of tighty whiteys.  Shandy’s are refreshingly intoxicating and are perfect to cool your hot steamy ass off.  After all, Shandy’s were the drink of choice for the British imperialists occupying nation a whole muggier than their cooler limey homes.  So make like an imperialist swine and occupy some territory in your date’s pantalones. END_OF_DOCUMENT_TOKEN_TO_BE_REPLACED

This waffle party is like the firework grand finale in your mouth.

Celebrate American Independence from those tax-collecting limeys.  Those redcoats just took and took and never bothered to give their colonists a reach around.  King George shouldn’t have been surprised when they stopped sucking him off with a smile.  Perhaps if the British were more inclined to reciprocate with the oral gratification Washington, Jefferson, Franklin, and the rest of their posse wouldn’t object to being colonial fluffers.  But alas, history unfolded and now the yanks are free from British money shots splattering their bespectacled, wig-wearing faces.  If not the taxes and tariffs, chances are the Yankees would have rebelled against the piss poor British cuisine.  So celebrate Independence Day with a distinctly American dessert.  Oh say can you see? END_OF_DOCUMENT_TOKEN_TO_BE_REPLACED 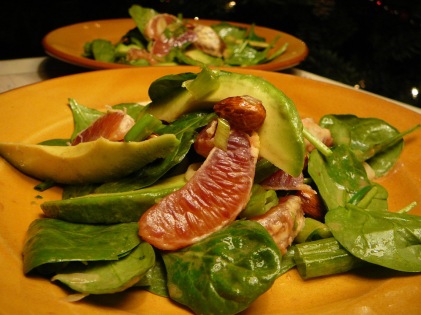 “This salad is bloody fantastic!” These are the words of my limey friend who sampled this salad I threw together. And no, I did not cook to bang my mate. He’s been striking out with the birds as of late so I gave him a quick cooking tutorial. I believe the geezer has his sea legs now since he’s used my recipes to bed a few strumpets already. The problem is he keeps making the same few recipes I’ve taught him. Sounds like we’re just about ready for another lesson. Perhaps he can repay me by teaching me the finer points of football (as in soccer for the uninitiated). With World Cup coming up, I need good talking points to pick up Brazilians. In the mean time, enjoy this uber-healthy salad with me new favorite fruit, the blood orange, which is bloody orangtastic. END_OF_DOCUMENT_TOKEN_TO_BE_REPLACED