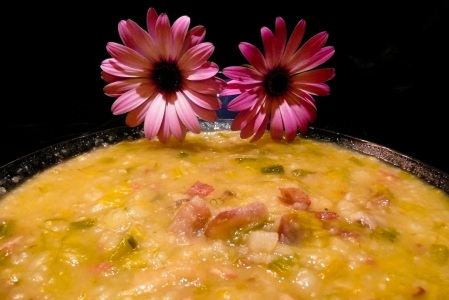 Nothing can top a good leeking.  Pull your mind out of the gutter because I speak only of soup and soup-related matters.  And on the subject of soup, you can’t really beat hot liquid love.  No, siree!  This soup almost makes you wish the winter would drag on.  To those snowed in with cabin fever, I said ALMOST.    After hauling your ass in from the brutal bitch slap of old man winter you want something hearty to bro-hug you back to life.  Lucky for you, potatoes and leeks keep quite well until the bitter end of frost.  So do us all a favor and put the gun down and pick up a knife…to cut some veggies.  We have abstained from using heavy, fattening cream in the hope that you don’t abstain from banging afterwards.  As comforting and gratifying as this healthy, homemade soup is, there is no substitute for a warm body to touch inappropriately.  So let one lead into the other.  This recipe was brought to you by the International Association of Soup Groups. END_OF_DOCUMENT_TOKEN_TO_BE_REPLACED

This breakfast is like so spiritual and full of heady karma, man.

The dirty longhairs have taken over breakfast! At least one that I picked up at a summer concert did.  Mind you, she was a hot young not-yet-jaded hippie, but a hippie all the same.  The previous night she proved herself to be a carnivore repeatedly stuffing a certain meat into her mouth.  But come morning when the alcohol and whatever mind-alerting bohemian substance she may have been on wore off, the self-righteous hippie returned.  There I was casually frying up bacon when she started lecturing me all about how the poor little piggies suffered.  But this hippie-crite hottie was more than happy to eat eggs, neglecting to bemoan the miserable conditions of egg-laying hens.  So I assembled the veggies in my fridge and did my best to improvise.  This aphrodisiac triple-threat turned out pretty damn good for a meal on the fly.  Good enough for me to bang her again before I inadvertently pissed her off when she saw the sign in my bathroom that reads: HIPPIES USE SIDE DOOR (no exceptions!).  That saved me the trouble of announcing I was going seal clubbing that afternoon so she would leave. END_OF_DOCUMENT_TOKEN_TO_BE_REPLACED 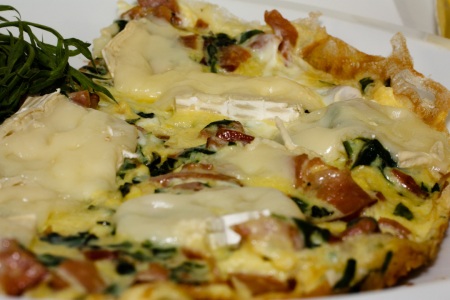 You gotta hand it to the French. No one pulls off being a bunch of fancy bitches quite like them. You’ll look like a goddamn pansy if you try to replicate without the accent. But for some reason they can act ass all sissy la la and it’s totally acceptable. So when it comes to cooking French-style cuisine, I always speak in a ridiculous accent, wear a beret, and engage in all things French: French fries, French kisses, French ticklers. Ca va? Tres bonne. Ca va et toi? Breakfast will never be the same once Frenchy McFrenchface comes to play. END_OF_DOCUMENT_TOKEN_TO_BE_REPLACED

Make sure they’re on their knees begging before serving them what they want.

They’ll beg and beg and beg.  Let them.  It’s only natural.  They want what you got.  Basic law of supply and demand.  Make like OPEC fixing the price of your commodities.  Make outrageous demands they have no choice but to meet.  It’s not like they can go elsewhere.  Right?  You’re wondering about alternative sources of sexual energy?  Ha!  There is no substitute for the man tested, woman approved real thing.  4 billion years of Earthlings banging can’t be wrong.  So embrace the goods granted to you by God, evolution or your preferred “Where did we come from?” dogma.  Now make them beg long and HARD.  Afterwards, serve them breakfast as a reward for the respect shown. END_OF_DOCUMENT_TOKEN_TO_BE_REPLACED

He will massage your mornings and satiate your soul.

Your mornings will never be the same once Mr. Morning Magic Hour takes control.  He is sure to wow and might even sing opera classics if you ask nicely.  The date you hosted is catching up on asleep after an exhausting night of physical activity.  You wore ‘em out being incendiary in the sack.  Your plan is to keep it going all afternoon and into the evening, but you both need fuel for that triumph.  So bring the delectable lunatic lothario out of retirement and serve him up on a plate.  Sure you could serve the same ingredients on a plate without the face, but why? You might as well become a eunuch and expire watching CSPAN.  Bring some flare back to breakfast and let Mr. Magic out of his cage.  AVE MARIA!!! END_OF_DOCUMENT_TOKEN_TO_BE_REPLACED

TIL THE BREAK OF DAWN-ELETTE

Rock it all night long, til the break-a-break-a-dawn-let!

The butt crack of dawn will reveal its cruel self after you’ve been up all night dancing the horizontal mambo.  But shame mixed with glee over the unspeakable acts of last night will subside when you take control in the kitchen.  Sure you are short on sleep and long on orgasms.  Your day may be shot being a productive worker bee turning society’s cogs. But don’t give up on today.  Those bleary-eyes should see a world full of possibilities and reassessed plans. Get yourself the right nutrients and you can push right on through into the evening, banging all the way.  Nothing says, “Good morning, now let’s get back to bed!” like an omelet.  It’s got protein, veggies and the challenging flip that will fuel your body so you can break yet even more of God’s laws.  Remember that in the name of banging, sometime you have to crack a few eggs. END_OF_DOCUMENT_TOKEN_TO_BE_REPLACED

That’s how it all starts.  An innocent maiden voyage evolves into an exploration deep into the unknown.  Justify it any way you want to.  We can pretend it’s a game.  Start with the tip and see how it feels.  If it’s no bueno, fair enough.  But then again, we’ve already gone this far.  What’s a few more steps into the abyss?  I mean the collateral damage has already been sustained.  So why not enjoy it for what it’s worth?  We can write it off as youthful indiscretion.  An official OOPSIE!  Let’s blame the extra bottle of wine.  We both should have known better.  But we’re all adults and mature enough to move on.  I’m glad we had this discussion. I feel better. Don’t you?  Oh by the way, have you tried these killer stuffed mushrooms? END_OF_DOCUMENT_TOKEN_TO_BE_REPLACED

KIWI MELT IN YOUR MOUTH

You know you’re in for a wild ride as soon as this melty concoction hits the tip of your tongue.  The first bite should make it clear that you ain’t eating your grandmother’s sandwich.  No siree!  We’re talking about the next step in culinary evolution.  Combining fruit, meat and cheese on bread was the inevitable next step in tasty temptations.  Sure you could just make a tuna melt that would put your date to sleep long before you can lay the mack down.  But why not just stick your genitals in the freezer? You won’t be needing those anyway.  Our world of convenience and innovation demands that you take a few extra steps to get what you REALLY want.  This sandwich will only take you a few extra minutes, which will be paid for in dividends when you are reclined, sweaty and gasping for air.  This kiwi melt should melt resistance and clothes right off.  What are you waiting for?  Make New Zealand proud! END_OF_DOCUMENT_TOKEN_TO_BE_REPLACED

Ladies, there’s nothing wrong with banging a feller.  Speaking from the POV of a feller, banging is the only thing that makes us feel special.  All the fancy cars and diamond encrusted Rolexes are just means to get banged.  So make like a goddamn Rockefeller and indulge in the rich oyster power.  The aphrodisiac supernovas of the sea will get your loins revving like a golf cart run on plutonium.  Slurping them down will make you feel momentarily like the richest feller on the planet. END_OF_DOCUMENT_TOKEN_TO_BE_REPLACED

A FEW OF MY FAVORITE THINGS SALAD

Slap a bunch of awesome things together and it's bound to be banging!

Sometimes I indulge myself in culinary experiments with various items that I know taste good on their own. Logic might dictate that combining random bits of awesome could rob each of them of what makes them great. I say bully to that! When in doubt, trust your instinct. This motto was reinforced when I threw together this conglomeration of goodies laying around my fridge into a mass of delicious decadence. Sure it wasn’t the prettiest concoction in my armory of awesome. But you know what? Each bite was a kaleidoscope of flavor that took me to the happy places I have enjoyed eating each of these sumptuous sundries. The lucky lady who observed with keen skepticism as I threw this all together ate her words after she ate this party in her mouth. What’s the lesson in all this? Nothing except that taste is in the tongue of the beholder. Now behold this, suckas! END_OF_DOCUMENT_TOKEN_TO_BE_REPLACED